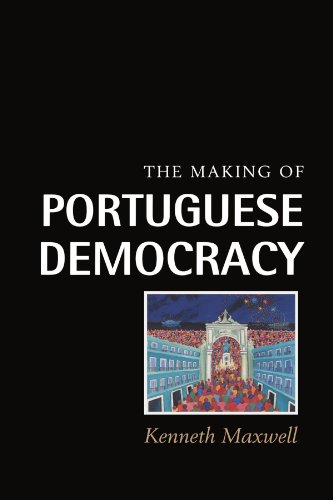 Críticas '… the first analysis of the Portuguese Revolution in its international context … a fundamental book for all who are interested in transitions to democracy … Kenneth Maxwell's book is indispensable reading.' João Carlos Espada, Publico Reseña del editor This vividly written book is the first comprehensive assessment of the origins of the present-day democratic regime in Portugal to be placed in a broad international historical context. It is written with the benefit of a long-term vision of Portuguese history, and it emphasizes the significance of Portugal's new European orientation after centuries of global and oceanic preoccupations. After an account of the collapse of the old regime in 1974, the book studies the complex revolutionary period that followed, and the struggle in Europe and Africa to define the future role of Europe's poorest country. These events also had international repercussions which transformed the balance of forces in southern Africa, following the collapse of Europe's last overseas empire. The consequent actions and reactions of the European powers and the United States are examined, and telling comparisons are also drawn with later developments in Eastern Europe, and with the wider collapse of the communist movement. Ver Descripción del producto